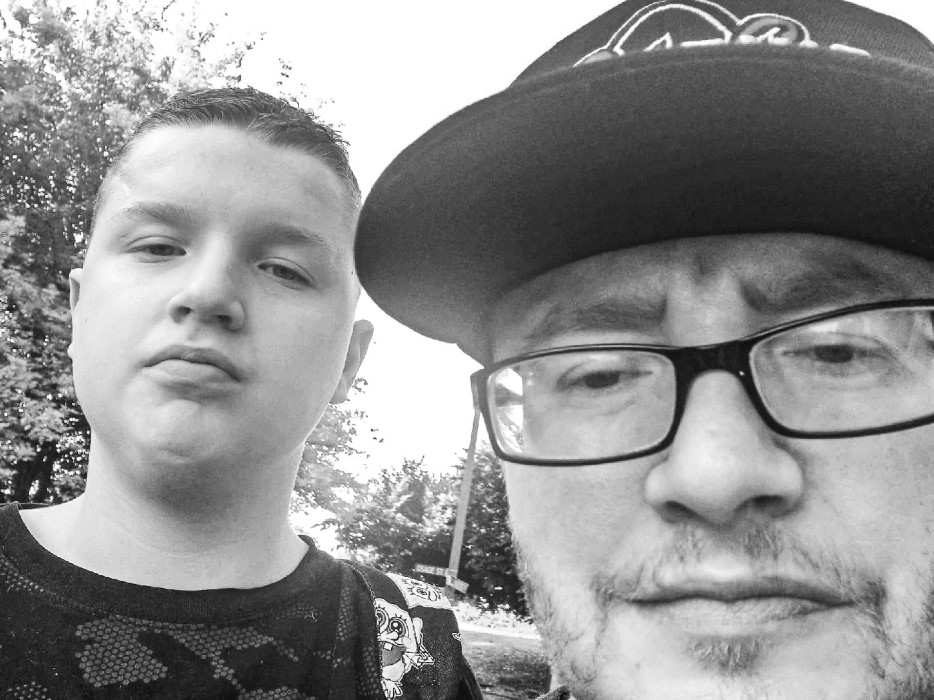 Larry’s reputation precedes him. He’s a dedicated father who lets little stand in his way, and an immediate tone of admiration and excitement fills the conversation at the mention of his name. For many, the last two years have felt stagnant as we focused on surviving a global pandemic, but for Larry, 2021 was a year of significant progress and commendable successes.

After a three-year hiatus, Larry had his eyes on the prize when he reestablished services with his DD Resources Service Advocate, Kelsi Davis. Together with Bridges Community Support and Easterseals Midwest, Larry continued to tackle a laundry list of personal, medical, and systematic hardships that left him without a source of income, his own home, and custody of his biological son, Ayden, and Ayden’s older brother who Larry claims.

Larry has been fighting since 2017 to regain full custody of his son Ayden, and this summer, they were successfully reunited. “Kristen (Easterseals), Andrea (Bridges), and Kelsi (DD Resources) were a big help in getting Ayden back. I was lost and called Kelsi because I didn’t know where to begin.” Kelsi was quick to add that Larry was the driving force. He came up with a list of what it would take to regain custody and began to put things into action, which hasn’t always been the case. “I’ve been trying to do things on my own lately.”

The relationship between Larry and his sons is unlike any other. Both of his boys have Autism Spectrum Disorder and are working through the aftermath of many traumatic experiences. Larry’s ability to communicate and connect with them is unmatched by anyone else in their lives. He is their greatest advocate and works daily to meet their needs. His primary goal for 2022 is to reestablish his son Ayden’s services with DD Resources’ Case Management team. “That means I can get all kinds of services going for him that he needs. I want him to have all of the therapies he has in school, inside the home.” Larry is also working on finding a new place to live. “With it being just Ayden and me there, it will change the whole dynamic of everything. Ayden will have his own space to move around in, and he’ll feel free.”

His Service Advocate Kelsi recalls Larry as one of her very first cases when she began with DD Resources in 2016.

“Larry’s path has been rocky and lined with billboards saying ‘Give up’ and ‘You Can’t Do It.’ I admire that his love for his sons fuels his fire, so not only does he progress in his path, he burns the barriers and billboards along the way.”

There’s no doubt that with the support of DD Resources and its partner agencies, Larry will accomplish great things for his family in the years to come.